In ancient China, a doctor was kept on retainer and if someone in the family got sick, they didn’t pay again until the family member recovered. Preventative medicine is a fairly recent development in the current conventional medical landscape, consisting mainly of tests and early exams. In TCM, prevention relates to treatments that effectively resolve an existing issue at the root, prevent a condition from developing further or at all.

Those treatments include: Acupuncture, herbal medicine, nutritional support, bodywork (TuiNa, GuaSha, Moxabustion), physical movement (TaiChi and QiGong), and meditation. Each treatment type touches an aspect of a human’s being; cultivating more awareness of the nature of living in the body and living in the environment around it.

The classical metaphor for the open system of open systems that is the body, is that of a microcosm within the macrocosm; a miniature landscape within a larger landscape. The treatments and practices in TCM are meant to heal the body through rebalancing the whole system of systems that comprise the body.

The process is transformative rather than a ‘magic bullet’ of instant resolution or covering over of symptoms. TCM treatment results often become apparent quickly, but the healing response takes time to work through layers of imbalance, pain, and illness to bring about lasting results. People learn to “live around” health problems, the body is excellent at creating homeostasis even in severe dysfunction. TCM treatment is prioritized around achieving the optimal state of balance in body/mind spirit to move you toward your most robust natural state of balance or ‘Zhong’ 中.

Bioelectric signaling systems help make the body and brain run and can be thought of and refer to ion potentials and currents occurring within or produced by living organisms. Chemical energy converts into electrical energy which potentiates a number of different biological processes like: cell function, metabolism, nerve impulses, muscular contraction. These bioelectric potentials vary in strength from one to several hundred millivolts. Bioelectrical current is a flow of ions (atoms or molecules carrying an electric charge), and differs from standard electricity which is a movement of electrons.

Acupuncture stimulates this signaling system in order to trigger the natural healing response in the body. Part of the definition of ‘Qi’ refers to this energetic dynamic. According to Chinese medicine, the Qi circulates throughout the meridian system, the ‘jing luo’, similarly to the way blood flows through veins and arteries. This energy flow can be disrupted by injury or disease creating pain or dysfunction in the organ system. Just as our emotional state and perception of stress can shift our parasympathetic nervous system and effect the function of the endocrine system, the Qi flow is changed as well. The Seven Emotions have been described in TCM texts as affecting our health and well-being millennia ago, as creative of forms of qi blockage and seeds of disease. When we gain control of our qi circulation through acupuncture and herbal medicine, better life-long health is the general result. The results of this medicine are time tested over generations of people in many cultures and countries.

A famous Chinese proverb encapsulates an explanation of the interdependent and intertransformative nature of the ‘mind/body’:

which translates to: “Where the mind goes, the Qi follows.”

To carry the idea behind that proverb to its intended end, “…where the Qi goes, the emotions follow; where the emotions go, thoughts follow, actions then follow thoughts; where the actions go, the body follows; where body goes, one’s character and health are the natural and abiding result.” – Lao Tzu

Kindly note that your health insurance policy is your personal contract with the insurance company. Acupuncture is covered in very different ways across carriers and policies. Please review your individual policy to verify acupuncture services coverage and for the specific limits of your plan.  Check out the “Insurance” tab for more information.

Dr. Hackett is currently an Out-Of-Network provider for most health insurance carriers. However, acupuncture services may be covered in full or in part by your health insurance regardless of her network status.

If you are seeking care for an accidental injury covered under auto insurance, please submit your claim number, adjuster’s name, and contact information so that we can request approval for your treatments.

As a courtesy, HHH will bill your insurance for you. If you prefer to pay for your treatment and submit a bill to your insurance on your own, we will provide an appropriate statement for you to submit.

⊕ Please check your coverage carefully by asking the following questions:

⊕ Here’s an example of how out-of-network benefits work:

You go to a doctor that’s in network and the total charge is $95. A discount is applied to that amount for the negotiated rate with the doctor. The discount is $30. Blue Cross Blue Shield pays $59. You’ll have to pay the remainder, which is $6 (copay). Now let’s say you go to a doctor that’s out of network. No discount is applied to the total charge. BCBS still pays $59, but you’ll be responsible for the remainder, which is $36.

This section is not meant to be construed as tax advice:
The IRS allows a tax deduction for health care services visits under specific criteria. Please check the IRS website for the most current information: http://www.irs.gov/taxtopics/tc502.html for more details.

Please inquire with your specific treatment and cost questions. Dr. Hackett offers many services which can be combined for more value-added benefit. Dr. Hackett spends as much time as necessary to help you achieve the results you seek. You can get the benefits of three different providers combined in one visit with Dr. Hackett. 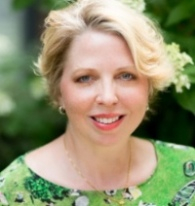